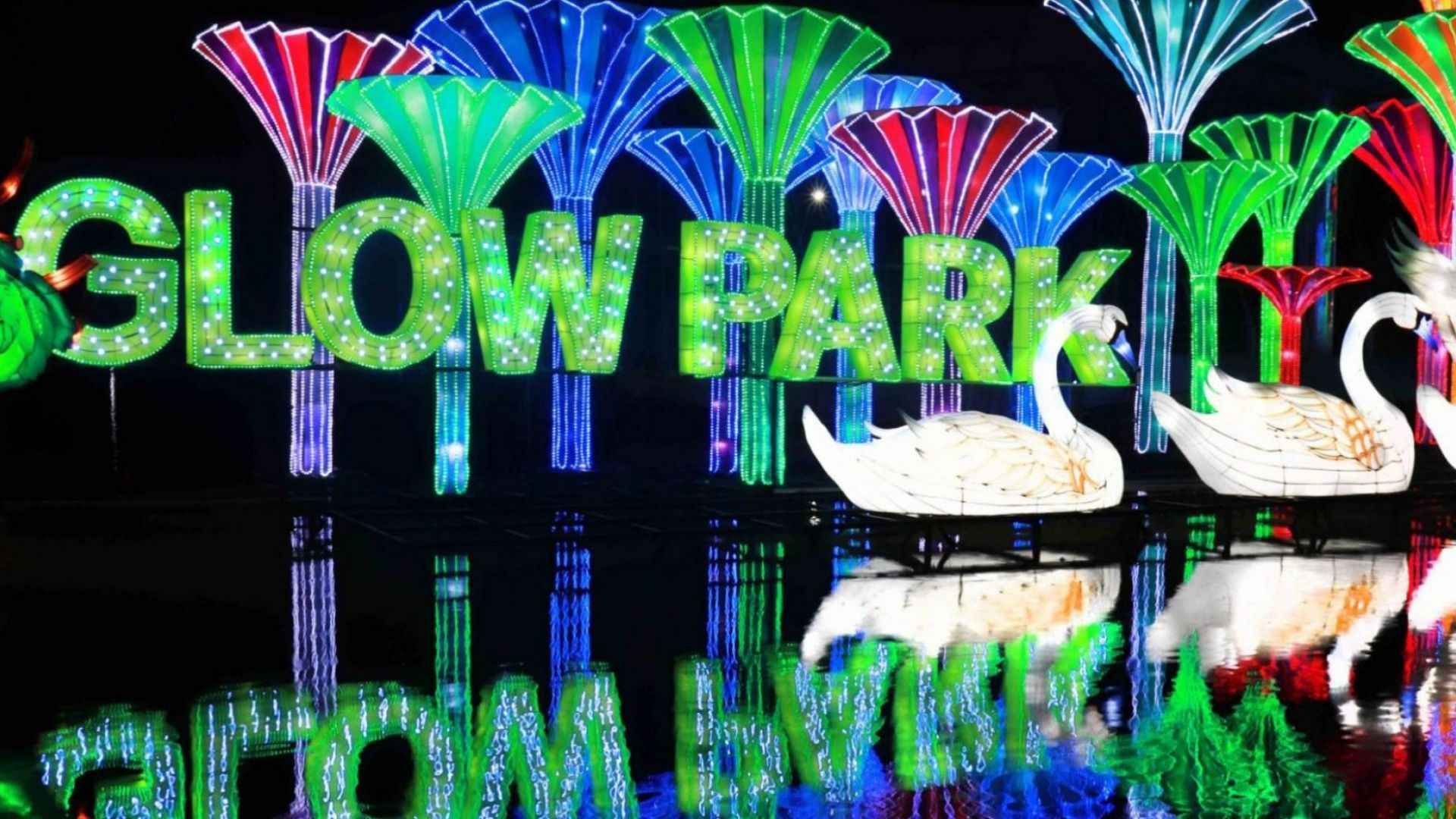 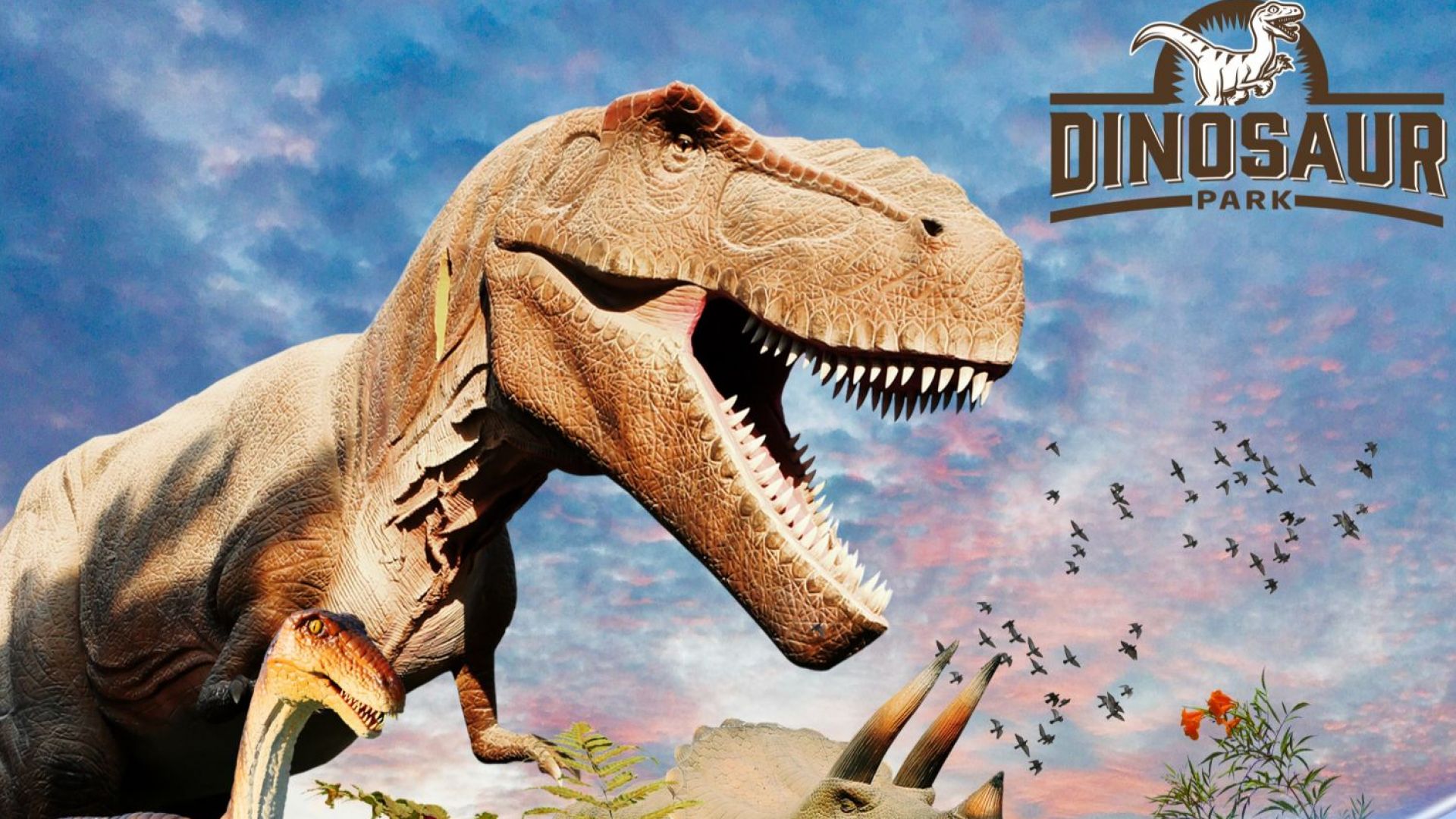 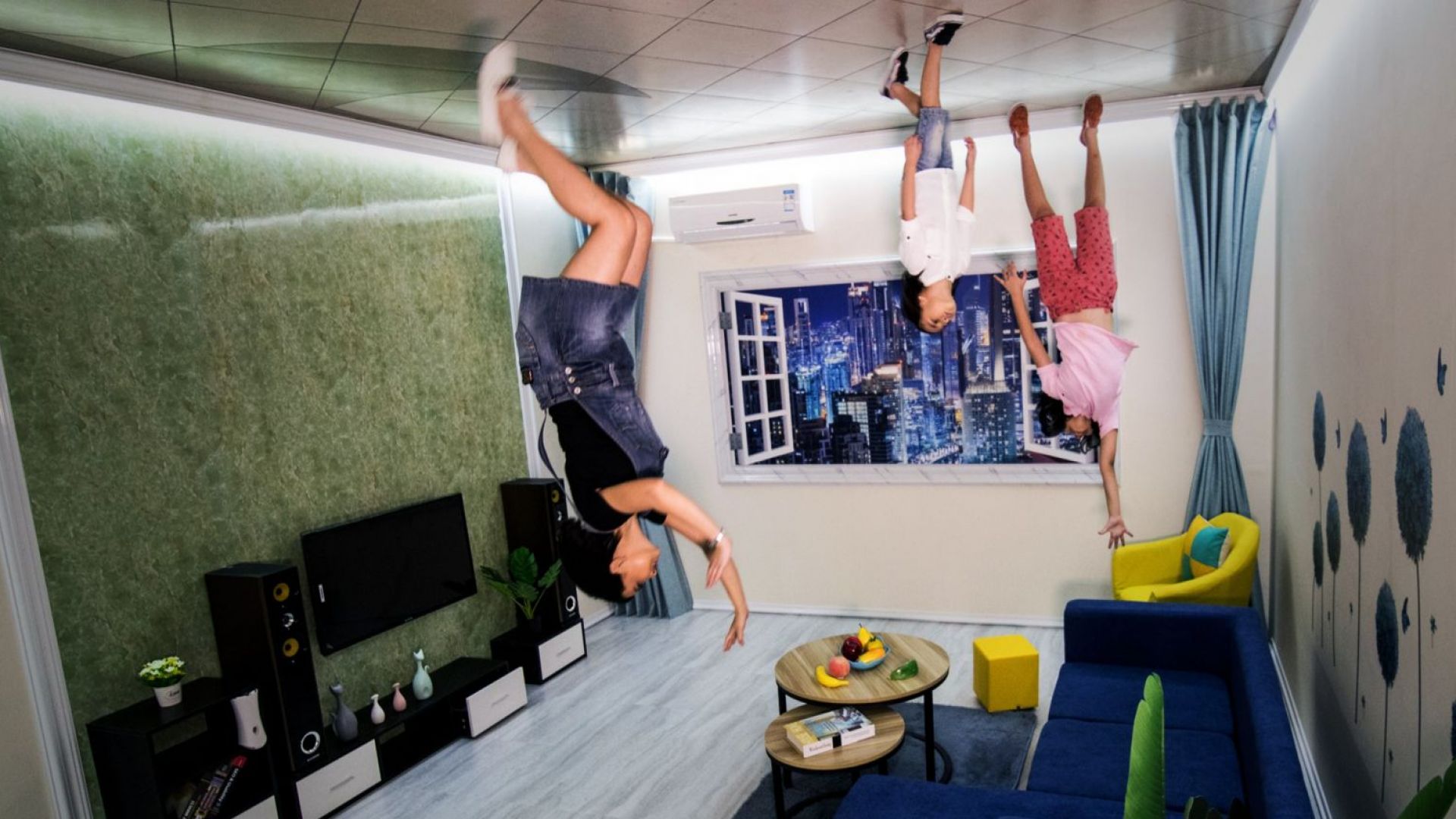 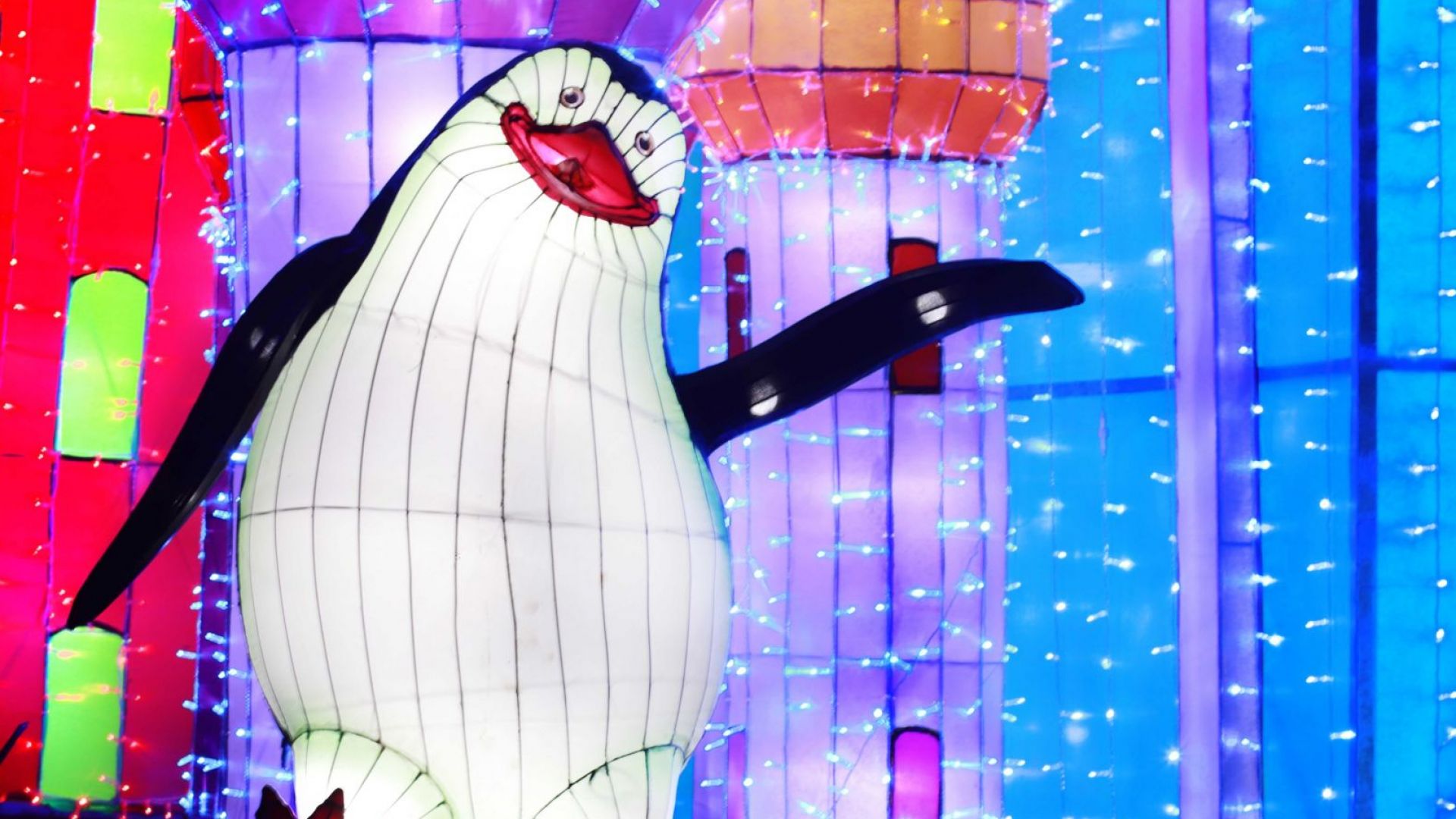 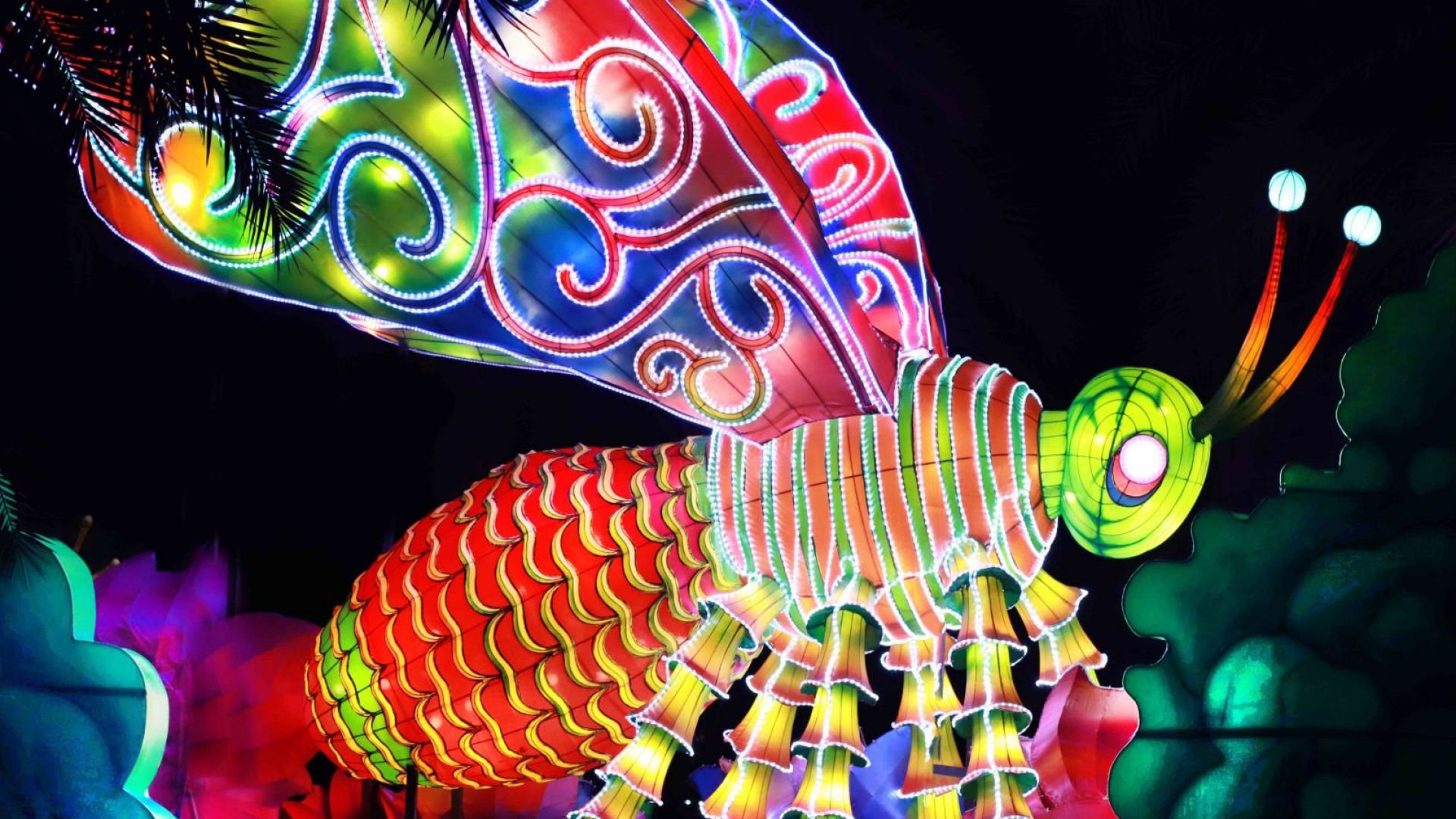 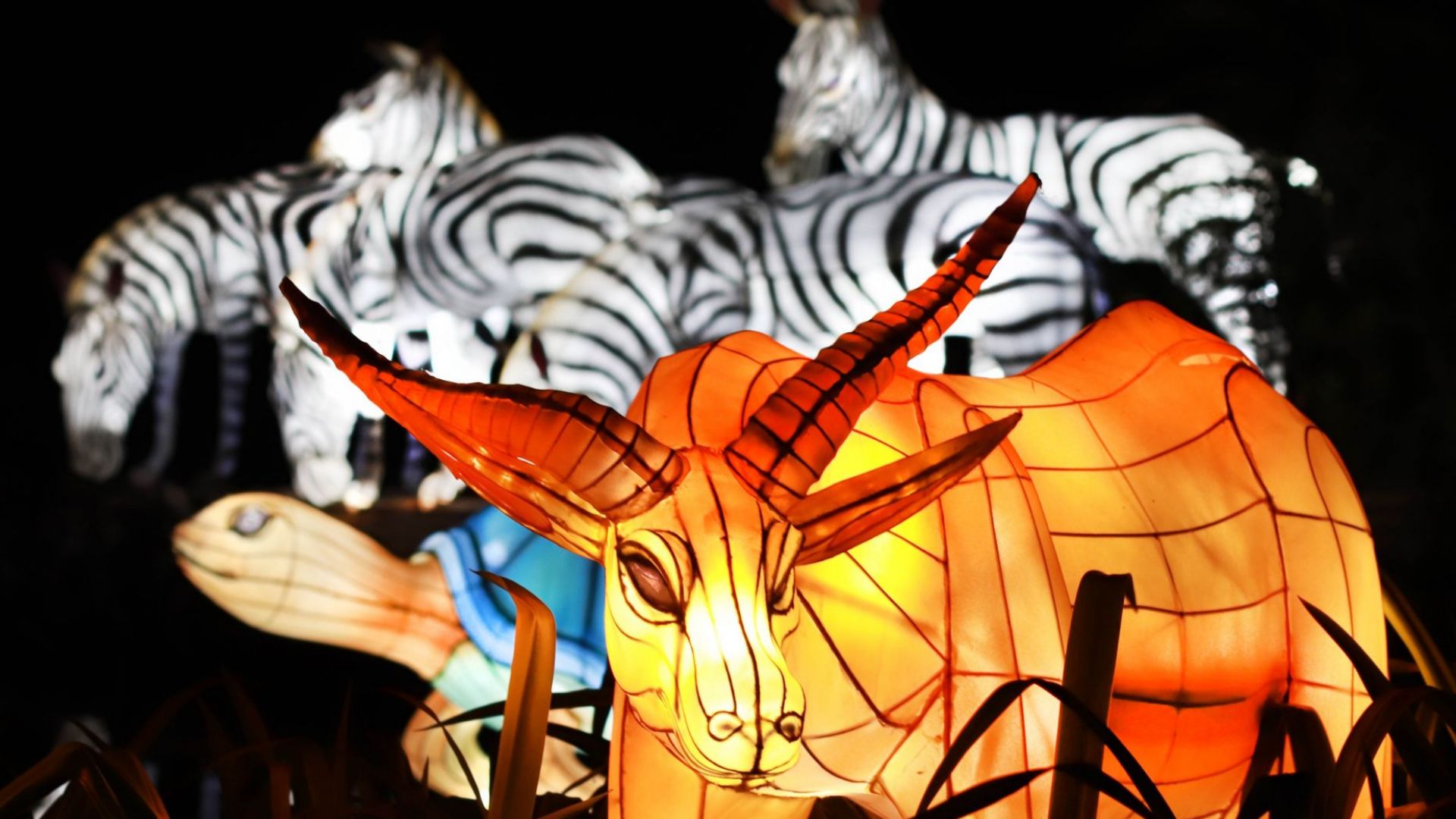 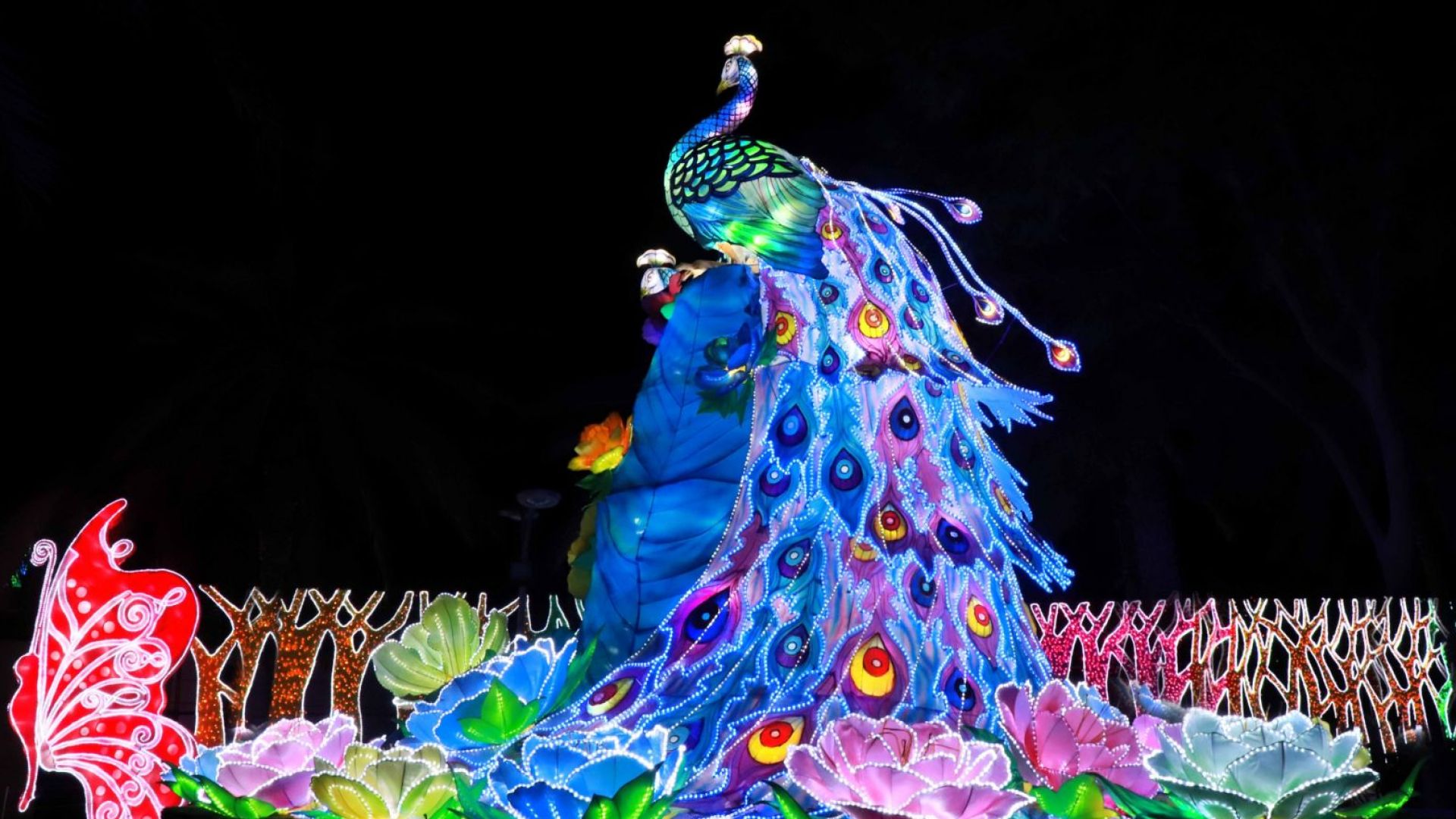 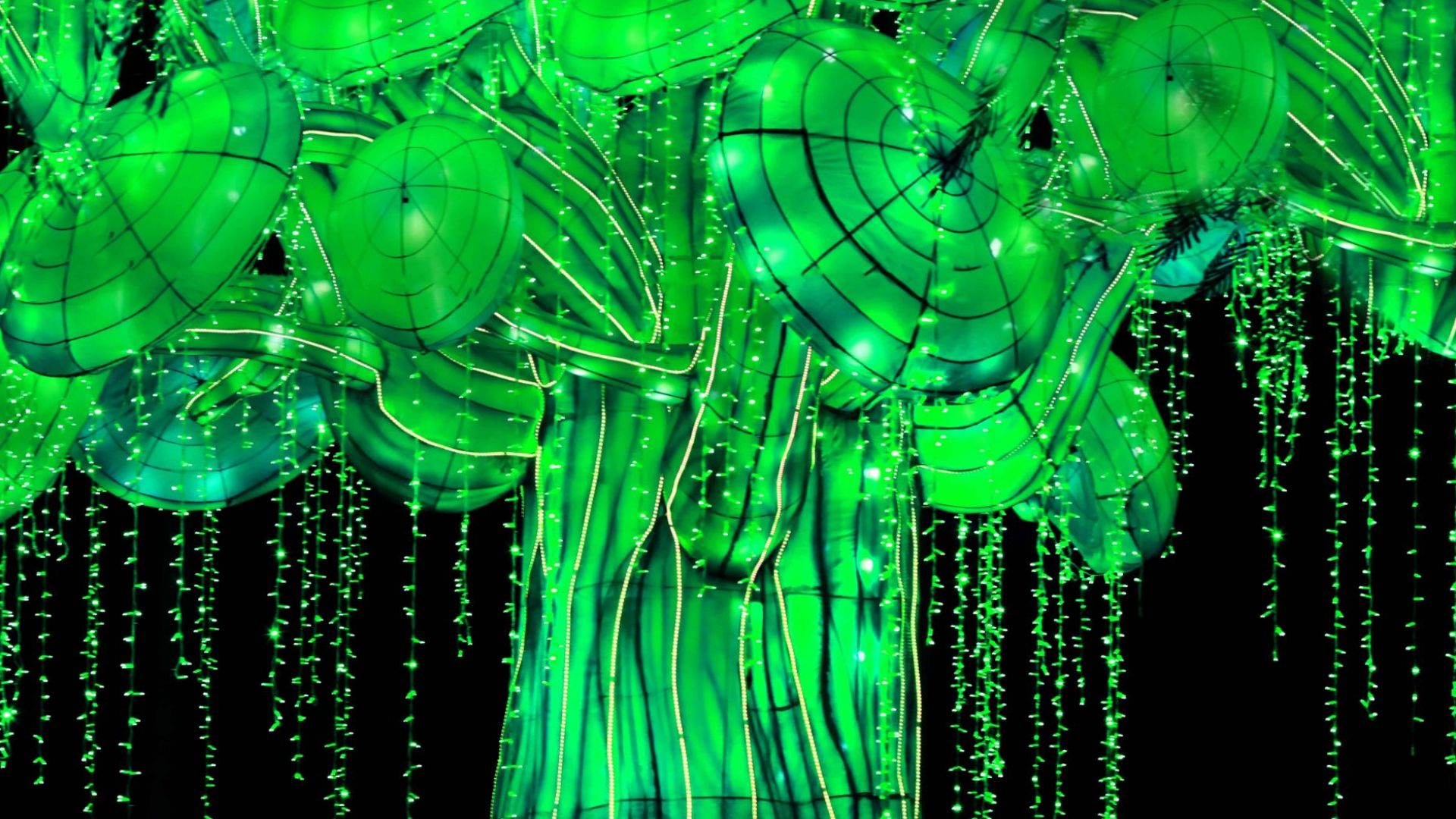 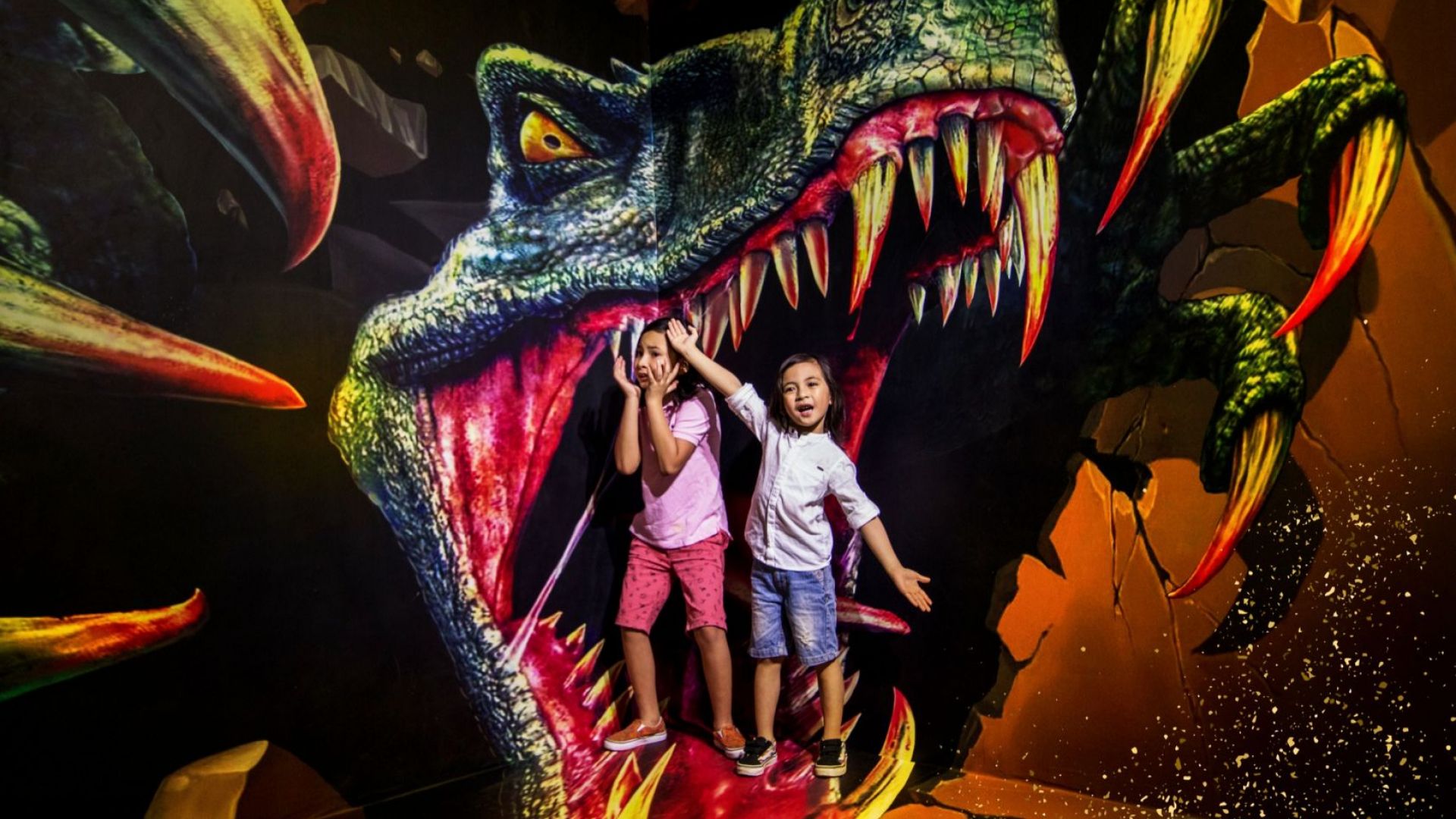 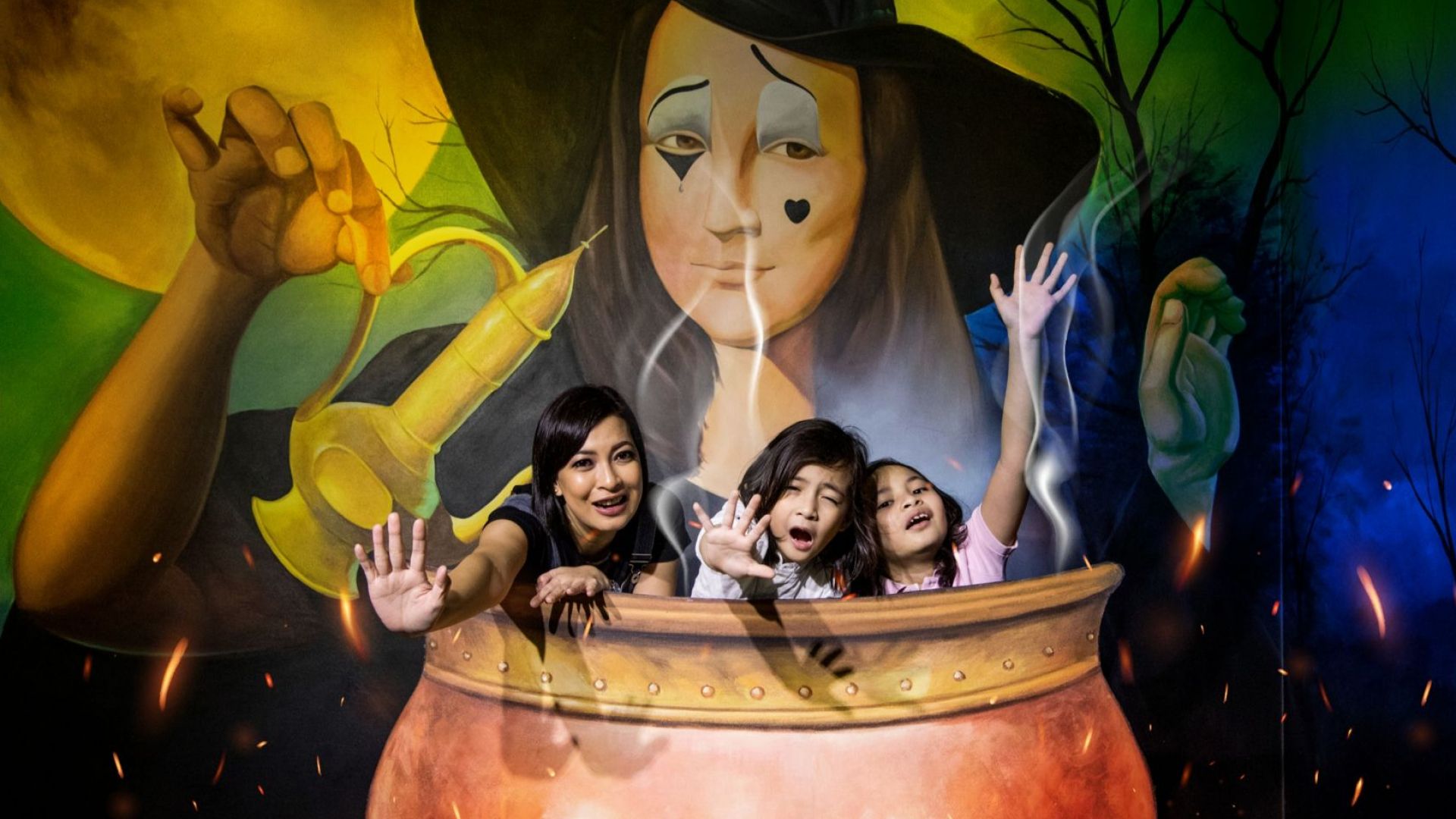 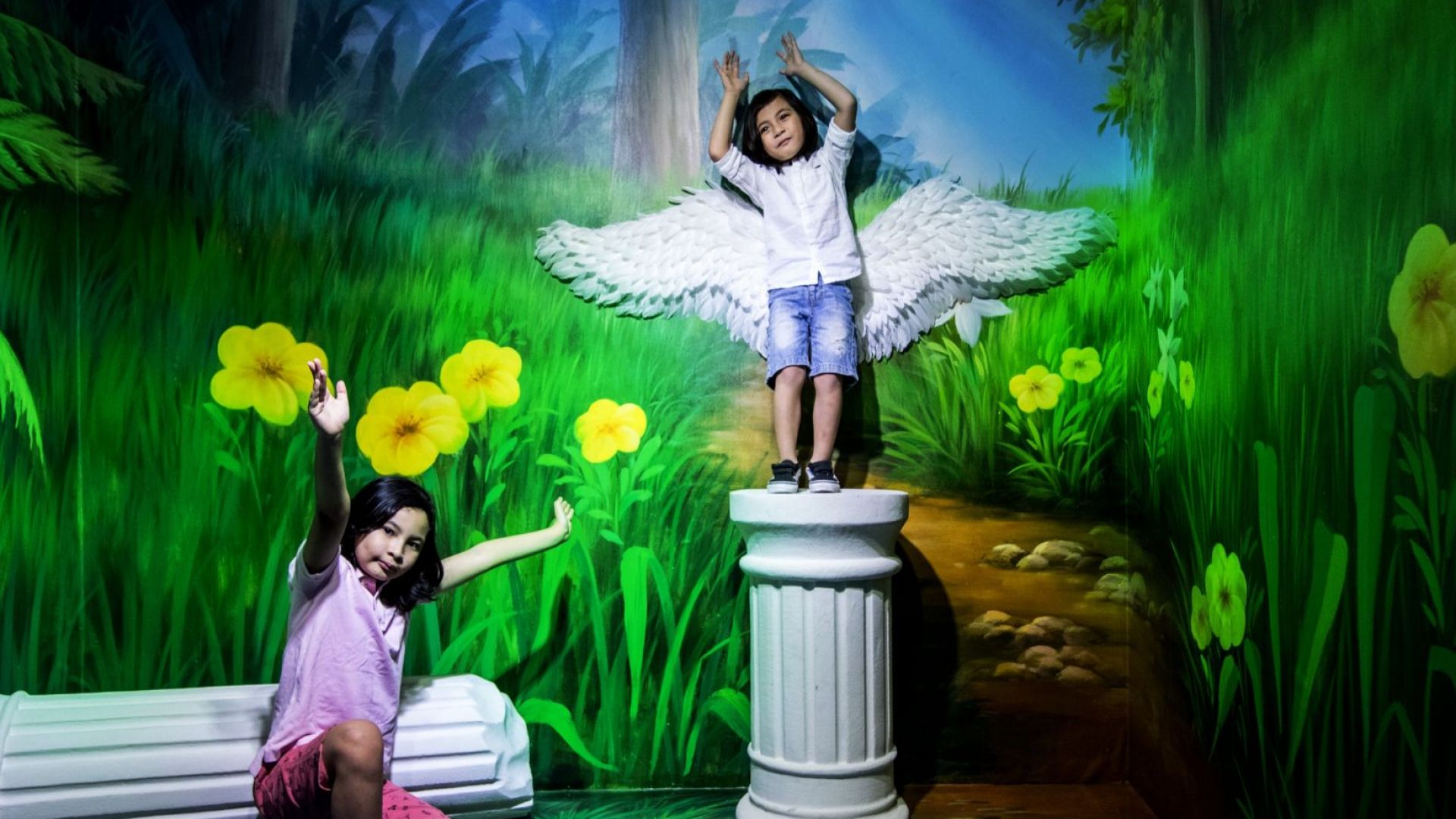 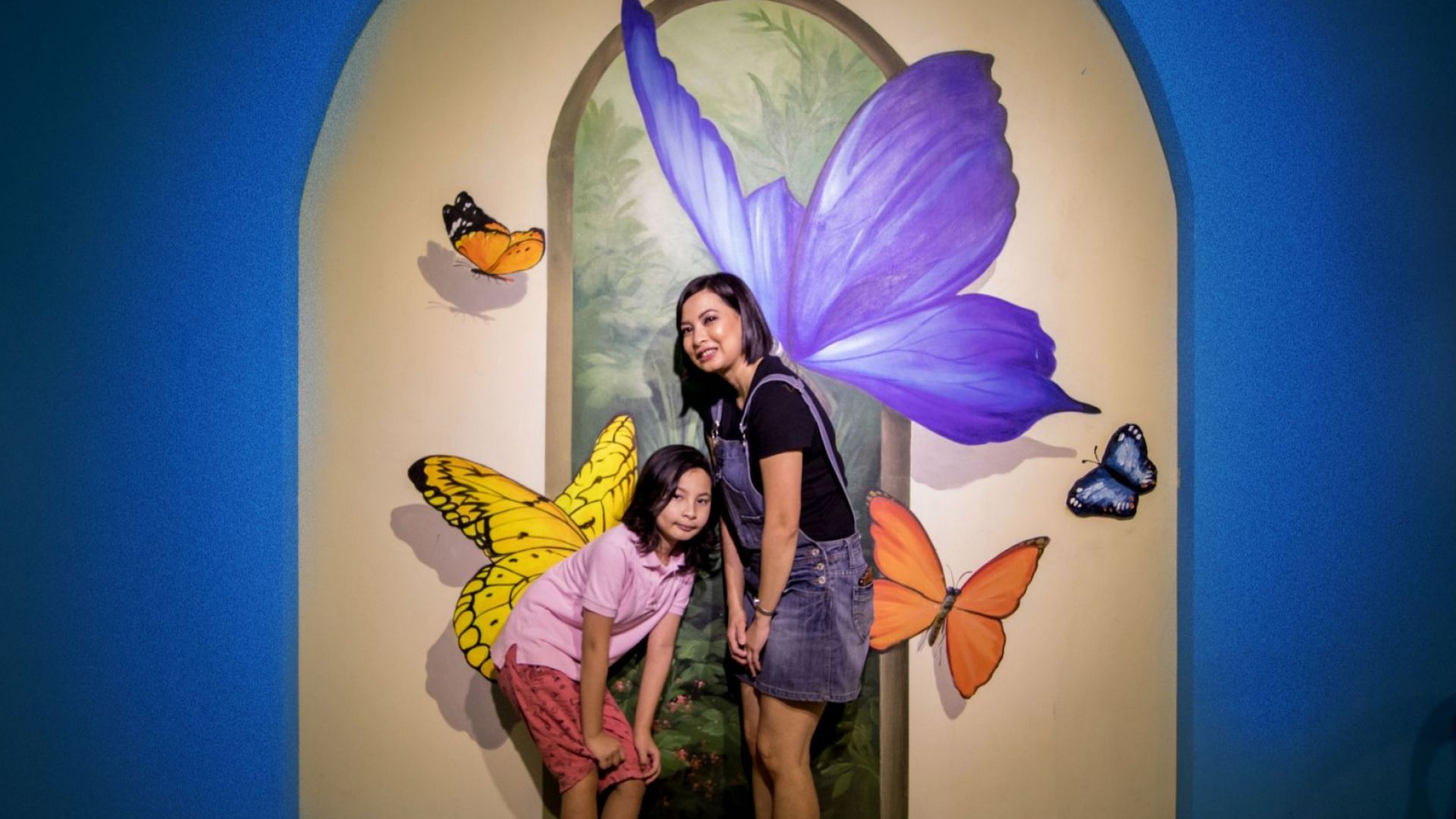 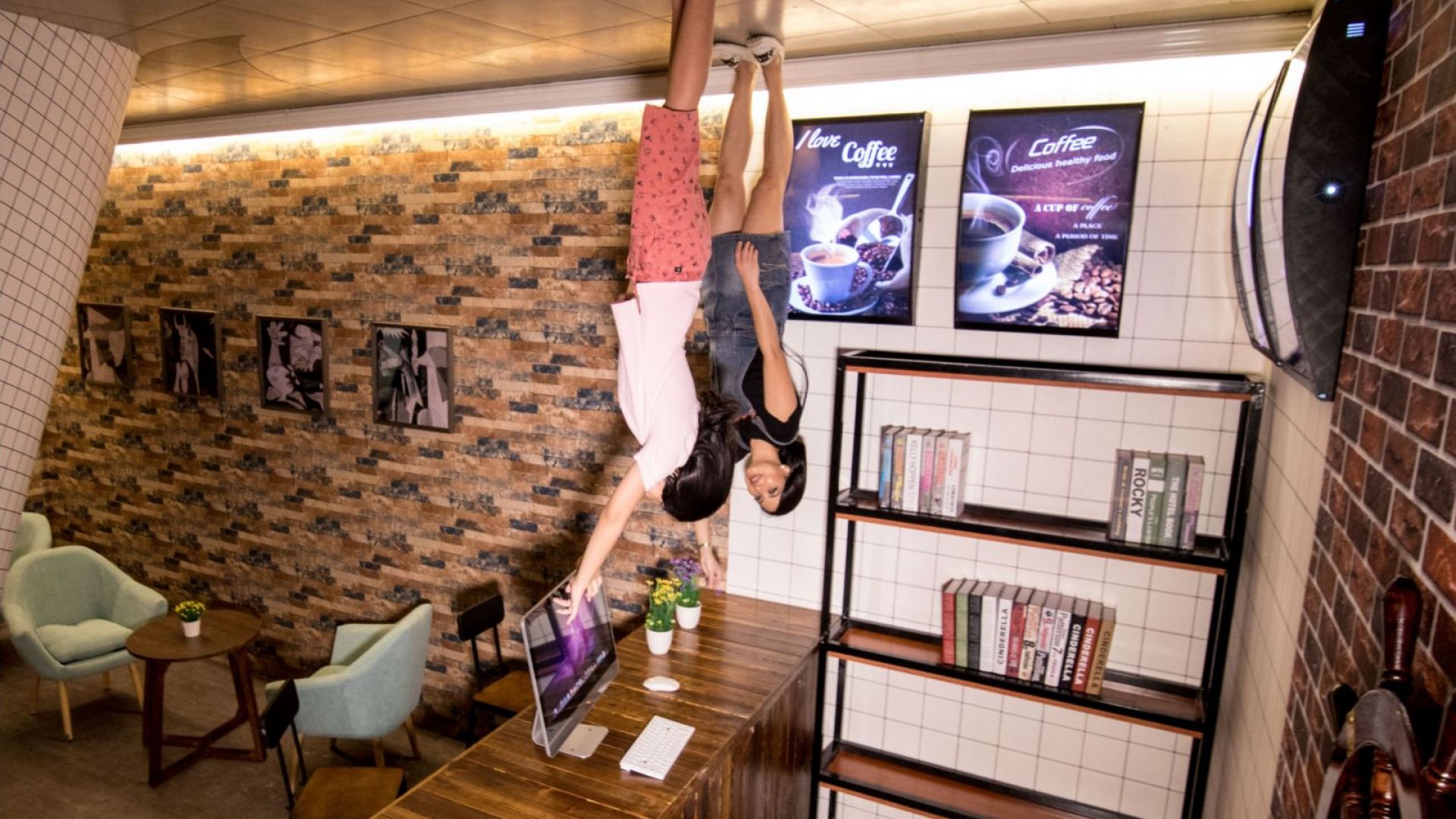 Do you want to continue shopping or go to checkout?

You have selected a ticket for children. Children up to and including 11 years old may only enter if accompanied by an adult (18+ years old).

Dubai Garden Glow is located in Zabeel Park and is the world's first unique themed garden made up of iconic zones including, Glow Park, Dinosaur Park and Magic Park.

The park features dazzling installations and sculptures created by artists from around the globe which illuminate vividly in the dark using over 10 million energy-saving light bulbs and yards of recycled luminous fabrics.

Glow Park - The underlying theme of Glow Park is energy conservation, recycling, and wildlife protection. The park exhibits wonders of the world, a tribute to nature and underwater wonderland.

Some of the installations include:

Happiness Street- a tribute and a show of support to Dubai as it made global headlines to standardise happiness as a measure of development in the UAE.

Tunnels – Glow Park has various sparkling colourful tunnels made up of rainbows, hearts and peacocks that make it a perfect background for a memorable picture.

Water Set – a marine themed park, get captivated by the enchanting world of brilliantly glowing jellyfish, seaweeds and various fish as it performs to music with its reflection glowing in the water giving it a magical vibe.

Happy Forest – a vibrant representation of wildlife and nature made up of recycled fabrics.

My Dubai: Golden Hand – A tribute to Dubai, #MyDubai became a popular hashtag with visitors posting pictures of their memorable time spent at Dubai Garden Glow.

Dinosaur Park - The largest dinosaur themed park in the world displaying an array of over 100 life size animatronic Dinosaurs. Enclosed in a Jurassic Park style, these dinosaurs appear to breathe, growl, snap and blink making them virtually real and an absolute hit with children and adults. There is also a Dino Lab that showcases the journey of a dinosaur’s life from hatching to extinction and a Dinosaur Museum displaying replicas of the dinosaur skeletons.

Experience the dawn of the dinosaurs through the three periods – Triassic, Jurassic and Cretaceous – to the end, showcasing more than 120 Animatronic Dinosaurs.

Magic Park - Embrace the art of science, with over 25 fun exhibits and 3D artworks that are sure to surprise you. Magic Park is a world of mesmerising optical illusions utilized in Visual Arts. This is a unique form of art which uses geometric forms to create hypnotic optical effects.

Know before you go

Park timings:
National holidays - 5:00pm to 12:00am.
Dubai Garden Glow reserves the right to change park timings and to temporarily close shows and attractions for the purpose of safety and maintenance without prior notice or any compensation.
Children under the age of three have free access. All of our products are operated in line with local Covid-19 legislation requirements.

Once purchased, tickets are non-refundable.

Dubai Garden Glow
`
Book now
We use cookies to provide you with the best experience on this website. By continuing to browse you agree to our use of cookies. Please read more here.